Step Right Up – Circus Electrique Is Out Now on Consoles & PC!

Come one, come all! Circus Electrique, the original turn-based tactical RPG from Zen Studios and Saber Interactive, is now available on PlayStation®5, Xbox Series X|S, PlayStation®4, Xbox One, Nintendo Switch, and PC via Steam and the Epic Games Store. Named for the greatest show in Victorian London, Circus Electrique is part story-driven RPG, part strategy game, and part circus management game  – all with a steampunk twist!

When a mysterious calamity called “The Maddening” turns everyday Londoners into violent killers, only the dazzling Strongmen, Fire Blowers, Escape Artists, Clowns, Ventriloquists, and other astonishing performers of the Circus Electrique can save the day. Your unlikely heroes will face off against Bobbies and British Sailors gone bad, aggressive Posh Girls, menacing Mimes and Robobears, and other over-the-top Victorian archetypes across six sprawling districts.

It’s up to you and your carnival crusaders to put on a good show and get to the bottom of this mystery. Build a team of uniquely skilled entertainers, lead them through the city streets, and strategically juggle their positioning and abilities in battle, all while keeping the circus up and running with new shows. Circus Electrique’s intricate Devotion system influences your characters’ morale and performance both in battle and in the ongoing circus shows you’ll manage.

Zen Studios is a leading global producer and publisher of interactive entertainment software for all major digital game platforms. Recognized as one of the premier gaming studios in the world, Zen has worked with some of the most iconic entertainment studios, including Lucasfilm, Marvel Entertainment, NBC Universal, Funko, and FOX Digital Entertainment.

About Saber Interactive
An Embracer Group company headquartered in the U.S., Saber Interactive is a worldwide publisher and developer consisting of over 20 studios in the Americas and Europe. Creating games for all major platforms based on original and licensed IPs, Saber’s titles include Warhammer 40,000: Space Marine 2, World War Z, SnowRunner, Evil Dead: The Game, and A Quiet Place. Founded in 2001, Saber is known for two decades of development partnerships with AAA publishers, producing The Witcher 3: Wild Hunt for Nintendo Switch, Halo: The Master Chief Collection, Crysis Remastered, and many others. 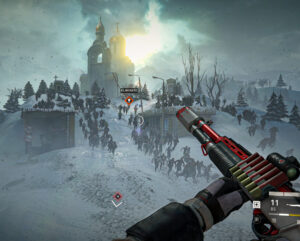 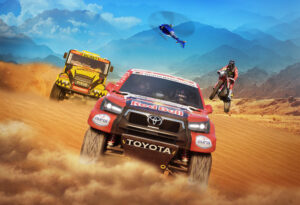